Have you ever asked yourself what will happen to your social media accounts after you die? Ideally, there would be laws about it, but since the digital era is so recent, there isn’t a pattern on how digital inheritance works or if there is any. In fact, some countries already have a certain way to deal with this kind of situation, however, it’s not solidified with laws. This inconsistency regarding the digital inheritance is what made some social media platforms create options for their users, so they can set up in advance what they want to happen to their accounts once they die.

For instance, Facebook may be the most well-prepared social media platform for this type of situation. That’s because not only does it have its own page explaining to its users the procedures that are taken on their accounts after they die, but it also gives them options on what to do.

If the user decides their Facebook account will be turned into a memorial, they can choose one heir user to manage their page, being able to add contacts, change the profile picture and the header. The heir can also manage who will be able to post and see memorial, among other activities they are entitled to.

However, if the user doesn’t want their profile to be turned into a memorial, they can set up the account to be permanently deleted. This means that once someone informs Facebook that a user has passed away, all of their data will be deleted from their account.

One very interesting fact about Facebook is that it included in the terms of use the policies for when a user dies. The platform expressly prohibits the transference of any data, prioritizing the users privacy over the digital inheritance of their information to their heirs.

Twitter, on the other hand, has a different policy for the users data. The social media allows the deceased’s family to download all public tweets and request the deletion of the account. Even though the user can’t choose what will happen to their account once they die, Twitter also protects the privacy, as the download is only allowed for the public tweets, not the private ones, which will remain private even after death.

As Instagram is owned by Facebook, the settings of the accounts of users who have already died are very similar to Facebook’s. However, in this case, the user can’t set it up themselves, it can only be done by a family member after the user has died.

The first option is to turn the user’s profile into a memorial, which can be done once they received a valid request by a family member, as well as proof of the death, such as an obituary. Also, in this case, Instagram protects the user’s data, securing their privacy and not allowing access to the account by anyone else.

The other option is to delete the account, which can be done by filling a form and by providing proof that the person who is requesting the removal is a family member.

Lastly, Google, such as Facebook, allows users to set up their own account, deciding what will happen to it after they die. Google has a policy for inactive accounts, so the user can decide when the account can be deactivated after a determined time of inactivity.

However, this process isn’t as simple as it might seem. Before deactivating the account, Google will contact at least one phone number and one email provided by the user to confirm the deletion. Afterwards, it will contact up to ten people of the user’s choice, which will also give them access to some of the user’s data. Finally, after three months of contact, giving enough time to access the information from the deceased user, the account can be deleted, if priorly set up by the user, or not.

In perspective, Facebook and Google are more open to the user’s wishes, as they allow them to choose who and if someone will have access to their personal data, including emails, private messages, groups, pictures and much more information.

When dealing with inheritance, normally only material assets are considered. However, with social media holding so much private information from the users and with most countries still not having a determined way to arrange or allow digital inheritance, the safest path to take is to set up preferences in advance, which most social media provide to the users. We hope this article helps you get more clarity on digital inheritance, allowing you to choose what will happen to your accounts and who will have access to the information on them after you die. 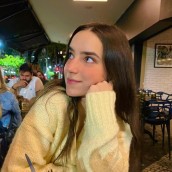 Ana Tagliati is a Brazilian writer and podcaster. When not working, you can find her doing one of the many things she's passionate about, like writing, reading, traveling, working out, watching trashy reality tv shows, partying, going to the beach, or enjoying a good time with family and friends.

Travel Tips with Up in the Air Life

The Best Places to Thrift in Toronto

5 Summer Activities to Try in Toronto this Summer

5 Great Podcasts to Listen to This Summer

The Top Places to Solo Travel to This Summer