Why Fashion is Adopting Mentoring

As always, we can rely on Netflix to keep us busy – not only that, but February is also the coldest month of the year, which automatically calls for cozy nights under a blanket with a nice movie or series to watch and distract ourselves from adulting and life responsibilities. The subscription-based streaming service is starting off 2021 with a weekly new movie release; a big move that is mostly welcome given lockdown restrictions fluctuating in the country. This year might not be too different from the last where the online subscription network saw a massive increase in subscriptions due to you know what: according to the CBC, 36 per cent of the 193 million new subscribers last year were from Canada and the U.S.

So, whether you are looking for a new show to binge or in dire need of a topic of conversation with your loved ones and colleagues, we have compiled a short list of what we are looking forward to the most this month on Netflix.

This is by far one of the most anticipated releases of the year where Euphoria creator Sam Levinson is giving us a black-and-white romantic visual story, featuring Zendaya as a director’s (played by John David Washington) girlfriend and their relationship woes during a big premiere night. The Emmy-winning actress does not only star in one of the only movies that was filmed during quarantine last year; Zendaya is also one of the producers. We already know this one is going to be a powerful showcase when it comes out on February 5.

Very little to say here about the iconic mockumentary sitcom television series created by Greg Daniels and Michael Schur. With seven full seasons and a total of 125 episodes coming to the platform on February 1st, this is definitely one of the most binge-worthy shows ever, alongside its well-known cousin The Office. Starring Amy Poehler, Parks and Recreation (also known as Parks and Rec) follows the inner workings of the Parks and Recreation Department of Pawnee, Indiana. This show is nice to watch on weeknights or a Sunday after a good meal with a nice warm beverage and a comfy couch.

To All The Boys: Always And Forever

Just in time for Valentine’s Day, and for those who enjoyed the previous films, Netflix is bringing out the third and final part of the To All The Boys rom-com series. The plot takes place before Lara Jean Song Covey and Peter Kavinsky start college. Will their relationship stand the test of time and distance as she travels to South Korea? Get a sensible (or not, your choice) snack and some tissues (and some socks, and a blanket) and get a dose of cheesy teen romance. To All The Boys: Always And Forever will be released on the streaming service on February 12.

Friday, Next Friday, and Friday After Next

The 1990s stoner comedy film franchise is coming to the platform for us nostalgic individuals of a time where everything seemed to be much more simpler than now. Follow the cousin duo Craig and Day-Day as they go through hilarious situations in their neighbourhood and daily lives. This movie is perfect for an online watch party with friends or solo marathon; the hardest thing will be deciding which of the three films is the best.

If Beale Street Could Talk

The movie was originally released in 2018 but will be available for streaming on Netflix on February 20; and is definitely one to add to your must-watch list. The film depicts the tragic change of plans for a couple in early 1970s Harlem; Alonzo Hunt, played by Stephan James, is arrested for a crime he did not commit. Between the excellent cinematography and musical score, If Beale Street Could Talk was nominated for three Academy Awards: Best motion picture (drama) Best Adapted Screenplay, and Best Supporting Actress for Regina King, which she ended up winning!

For stand-up comedy aficionados, Tiffany Haddish is coming back once again to introduce six of her favourite comedians including Dean Edwards, Kimberly Clark, Barbara Carlyle and more.

Buried by the Bernards

What would an upcoming tv show/movie list be without some reality TV? For those who like to indulge: a new series featuring a Black family-run funeral business is coming to Netflix this month featuring the Bernards, an unconventional family based in Memphis, Tennessee. It’s filled with family drama and comedy; the series is not only giving us mockumentary vibes, but also a glimpse inside the world of funeral, burial and cremation businesses.

And if nothing on this list tickles your fancy; rest assured of the streaming giant’s ability to fulfill everyone’s needs in various genres this year! Check out the video below for this year’s Netflix film previews Let us know what you are most looking forward to in the comments. Happy watching! 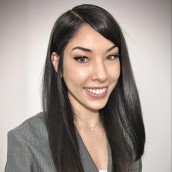 Moroccan in Toronto seeking to revitalize our thousand-year-old tradition of storytelling, or 'hikayat', one article at a time. Public relations professional, poetry lover, latte aficionado, and student of life. My motto is "Fall Seven Times, Stand Up Eight".

Why Fashion is Adopting Mentoring

5 Great Podcasts to Listen to This Summer

How to Plan the Ultimate Galentine’s Event

The best Halloween movies to marathon this weekend!

Turning your Home into an Oasis: COVID-19 Edition

Better Travels Post-COVID-19: How to Make a Smooth Escape