The 24-year-old picked up her coveted award for her portrayal of teenage drug addict Rue in HBO’s Euphoria.

Beating out acclaimed actresses including Jennifer Aniston, Olivia Colman and Laura Linney, she became the youngest woman to win best lead actress in a drama series.

Zendaya is also only the second black actress to win in the category following Viola Davis who won in 2015.

“I know this feels like a really weird time to be celebrating,” she said during her speech at the virtual ceremony, surrounded by her family and colleagues.

Her win marks a joyful moment during an uncertain and complicated time in history, but Zendaya remains focused on what is important to her. “I’m just grateful for moments like this — where we can have joy and wrap our arms around loved ones and tell each other we love each other,” she said. “It’s moments like this we have to hold on to and cherish”.

Zendaya’s win was well-received by many. Variety’s Caroline Framke wrote: “Though written with vicious precision by Sam Levinson, Rue’s only as effective as she is because Zendaya is so incredibly good at portraying her.

“The character could have been – and sometimes is – a mess of cliched teenaged angst. Instead, Zendaya digs into every corner of her gnarled psyche to find the terrified kid hiding in the shadows.”

She added: “Zendaya’s Rue becomes one of the most finely-tuned portrayals on television. It’s only right that the Academy recognized it as such.”

Euphoria hit our screens just over a year ago and garnered significant attention with its graphic depictions of sex, self-harm and drug abuse. Critics say the success of the show is due to the fact that it “feels so real” and has all the ingredients of a cult teen drama.

The show is based on the 2012 Israeli series and draws heavily on writer Sam Levinson’s own experiences with addiction. It follows the life of 17-year-old Rue, who is fresh out of rehab with no intention of staying clean, and her high school friends.

Speaking backstage at the Emmys, Zendaya said: “For me, I’ve always been very grateful for all the people who connect to Rue or feel that, through the show, they are able to attach words or find themselves within a scene or a moment where they otherwise felt alone.

“To have that feeling that there are people that feel what [Rue] feels is huge and very important… She’s very important to me.” For many fans, the show has given them something to identify with in a rapidly changing world.

After much anticipation, a second series of Euphoria has now been confirmed. Although there’s uncertainty over when exactly it will hit screens because of delays in filming caused by the coronavirus pandemic. 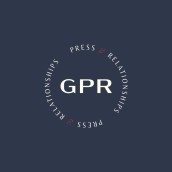 Authentic, inspiring communication is my jam. Specializing in fashion, beauty and interiors, I am on the pulse of what is current and relevant but most importantly, my focus is to set your brand apart.

It’s Been a Year of COVID-19… A Pandemic Perspective

All you need to know about sustainable fashion

Wear more with less! How to transform the clothes you already own